More on the ladies

Some further papers have been published – which completes my investigations into the distaff side of brass music (at least for the time being!). These are available at https://gavinholman.academia.edu/research 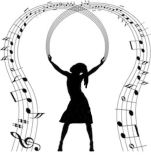 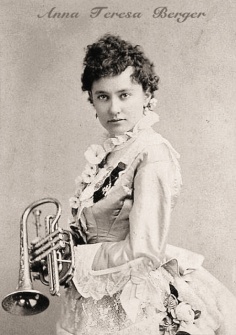 Soft lips on cold metal: female brass soloists of the 19th and early 20th centuries – this looks at those women who were trailblazers in so may ways. Largely cornetists, but with a few on trombone, euphonium and tuba; from the girl prodigies to the mature professional artist, a good number of them also contributed significantly to the bands of the day (both male and female bands) as players in the ranks or as guest

Women and Brass: the female brass bands of the 19th and 20th centuries

Brass bands have been a musical force across the world over the last 200 years. Mainly concentrated in Europe, North America and Australasia, they were predominantly male, and the members were largely working class. The female brass band is a somewhat rare beast, even today, though it did enjoy a “golden era” during the late 1800s and early 1900s in the USA. In this paper are details of some 408 female brass bands – a very small number compared to their male equivalents. 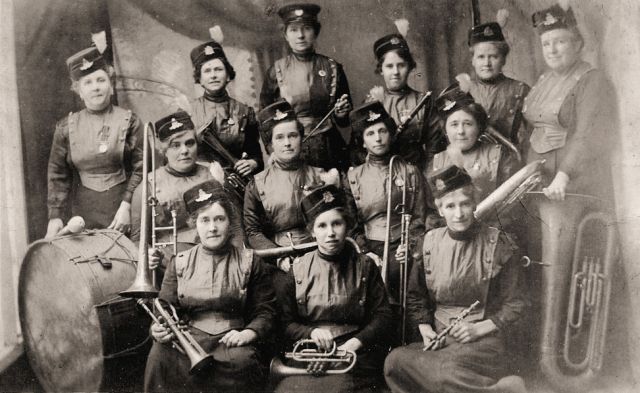 Travelling musicians and entertainers had been a part of European life for centuries. In the German speaking countries of Europe during the German Empire there arose a large number of “Damen Kapellen”, troupes of musical and variety entertainers consisting largely of women, usually led by a man, and occasionally including males as players. This paper looks at the the brass ensembles which made up a significant proportion of these touring entertainment groups.

Damen ohne Blasinstrumente – the non-brass ladies’ entertainment groups of the German Empire 1895-1918: an illustrated directory – following on from my look at the brass ensembles of this period, this work documents some of the many other musical and vaudeville acts in Germany. This type of entertainer was not exclusive to the German-speaking world, but they were more common than the equivalent in the UK and USA, and also their self-promotion was much better, in that a lot of their advertising material is still in existence. This paper is split into three parts (due to the size of the pdf files) 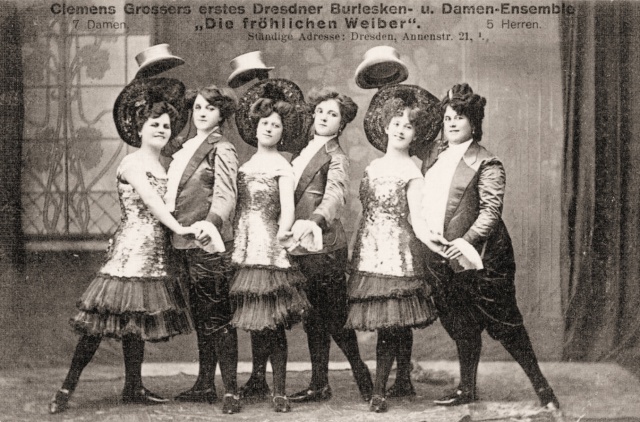