During the 1890s and early parts of the 20th century a type of band arose using kazoo-type instruments as an alternative to the more expensive (and harder to play) brass instruments. Zobo instruments, based on kazoo principles, were invented and developed in the USA in the early 1890s, rapidly becoming a new craze for a while. When the instruments spread to the UK the bands that were formed using them were largely “comic” bands, created ad hoc for galas and festivals, occasionally mixing in brass instruments, to entertain the public and raise money for charity. The article below gives a brief introduction to these bands and some examples, mainly from England. 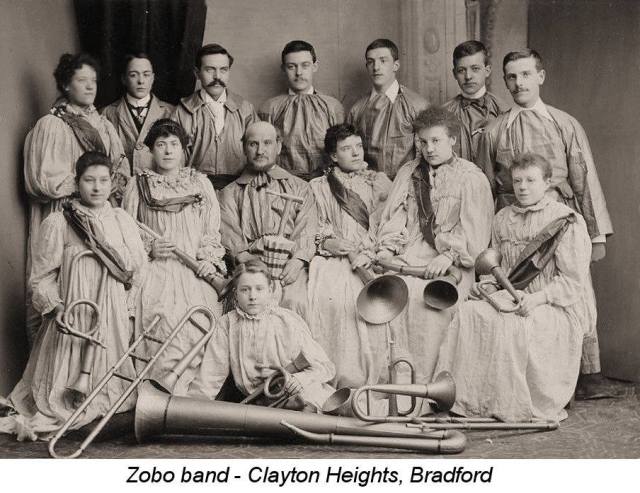 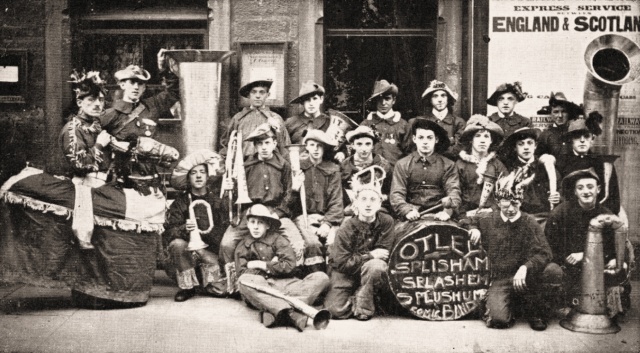