A recent post in the Australasian Brass Bands Facebook group about Hilda Tansey, leader of the Sydney Ladies’ Brass Band, led Eric Brisse, a French brass band enthusiast, to ask if there had been any French ladies’ bands. The only one that I am aware of is the Louverne Ladies’ Brass Band. 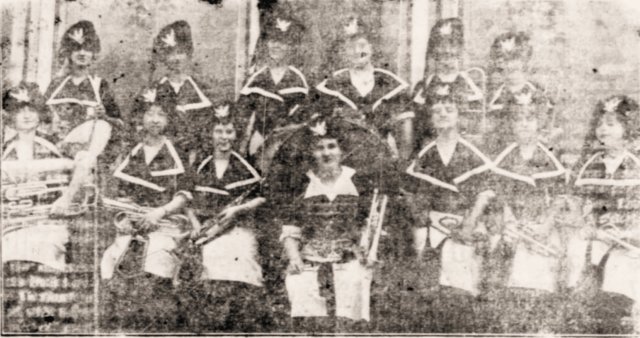 This was a professional band that fled France during WW1 and toured the USA with the Billy “Single” Clifford Company, which provided musical theatre entertainment. The Band was used by Billy Clifford to advertise his evening show, of which they were part, by them giving a free lunchtime concert in whatever town they were appearing in. One report states that the 14 band members were originally studying at the Louvre Seminary in Paris, before fleeing to the USA, another that they had been playing for years in France before coming to the USA.

Some of the tour dates that the Louverne Ladies’ Brass Band fulfilled as part of Billy Clifford’s shows were:

Also travelling with Billy Clifford, between 1913 and 1917, were the Weston Sisters (Carrie, Florence, and Juliette) who had performed as a cornet trio since around 1905 (after their father Sam Weston, a former minstrel artist, went blind). 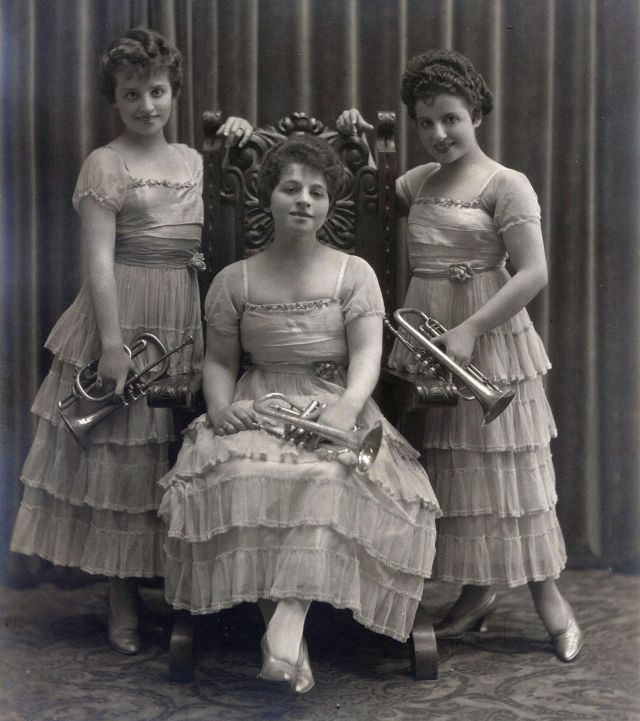